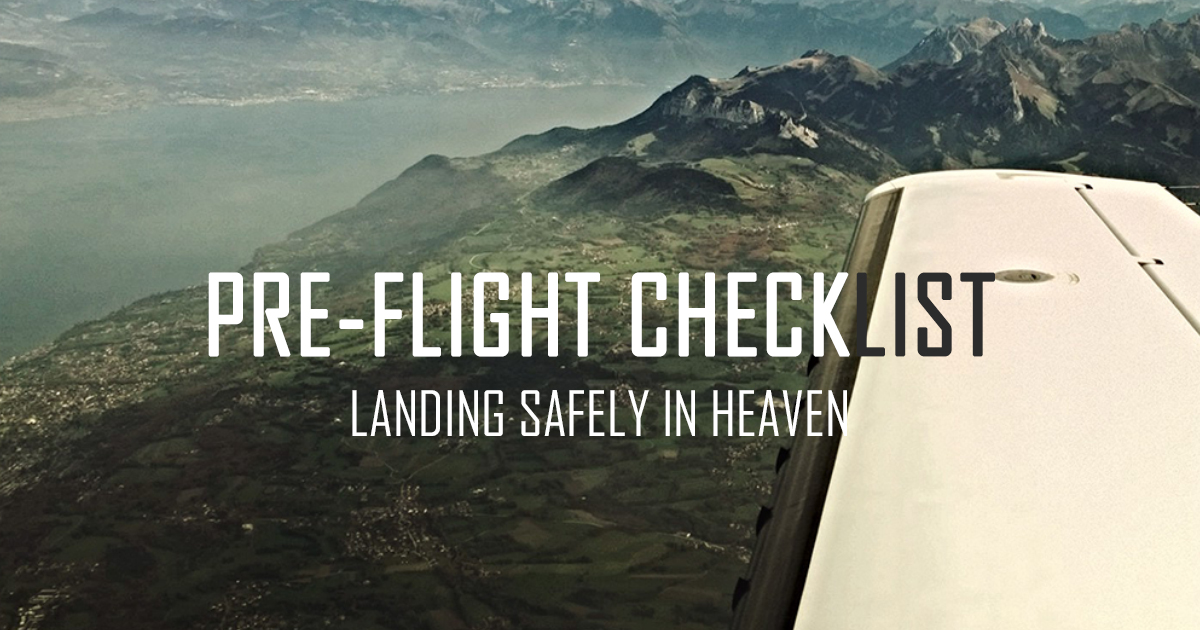 Trusting Christ with the care of our eternal souls is a very big deal. Hence, verifying his credentials to be such a perfect savior is of utmost importance. Here are 4 identifications that show Christ is who he said he was.

Christ Jesus is not an imposter, he is the real and only son of the living God.

This article is part of our sermon series, "Pre-Flight Checklist", available online!

Pre-Flight Checklist examines the necessary components to assurance of salvation to make certain you land safely in heaven. This is a unique series aimed at honing in on a person’s view of Christ and how this impacts assurance. For the believer in Christ, it is a timely reminder that Christ must inc...

In this series on practical ecclesiology, the study of the church, Steve will examine over a dozen real-life scenarios in 1 Timothy 4-6 concerning the functioning of a faithful church. Like the faithful servants of the parable of the sower who heard their master tell them, "Well done, good and faith...